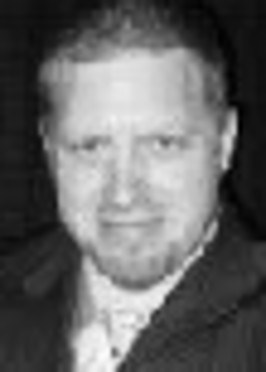 BORN
November 18, 1975
DIED
June 19, 2013
CRAIG RODGERS Craig Anthony Rodgers, aka "51," left this world June 19, 2013, at 10:51 p.m. He was born Nov. 18, 1975, to Lewis Irwin Rodgers and Diane Parisi; brother to Christopher "Scotty" Rodgers and Geo Rodgers; father to Levi Grassi; number one nephew and cousin; best bud to Redford Rodgers; a great friend, the best to have; a "brotha" to Lori DiPietro and his boys; an inspiration to all; and "everything" to Lynsey Smith. To watch "his sheer gritty determination to live his life out loud, his way," was amazing. He was born in West Virginia, raised a cornfed country boy! After moving to Las Vegas, Craig, a born salesman, was extremely successful in convention sales, a talent that later led him back to his country roots. Diagnosed with Astrocytoma in 2006, Craig began his biggest and greatest fight. A true warrior, he defied the odds and never gave up. A friend turned Craig on to naturopathic medicine as a way to "silence his mind." From day one, Craig was sold. This alternative medicine became his new passion. Craig became part of a forward thinking team of doctors and scientists and was vice-president of the teams' research foundation. A spokesman and advocate for all, he believed everyone should have the access and benefits of such medicinal greatness. Craig took great pride in his own "farma-c." Craig had incredible insight, awareness, courage and confidence in any situation and jumped heart first into the deep end and always came out on top. You never knew what you were getting into with that one but you always knew you would be okay, and better for it. He loved life and took every opportunity he could to change the world! You may not have been here for a long time, but you sure had a great time! He certainly lived life to the fullest. Much love and respect forever... and three days after that. A celebration of Craig's life and friendship was previously held at 4:20 p.m. Saturday, June 22, at Office Bar, as he wished. In lieu of flowers or donations to the family, please go "pay it forward" and enjoy yourself...864!

To plant trees in memory, please visit our Sympathy Store.
Published by Las Vegas Review-Journal from Jun. 28 to Jun. 29, 2013.
MEMORIAL EVENTS
No memorial events are currently scheduled.
To offer your sympathy during this difficult time, you can now have memorial trees planted in a National Forest in memory of your loved one.
Funeral services provided by:
Palm Eastern Mortuary and Cemetery
GUEST BOOK
Sponsored by 51.
5 Entries
I MISS YOU LITTLE BROTHER EVERY DAY I THINK OF YOU , ALOT .
Scotty Rodgers
Brother
October 15, 2020
I'll love you forever...and 3 days after!! Guess the 3 days haven't passed!!
20
June 5, 2019
Brother will never be forgotten,
Miss you every day .
Brother
March 29, 2019
He was my first love. He is and will forever be in my heart. I am so sorry to hear about his passing.
Love,
Sydney Kapplan
Sydney Kapplan
May 20, 2014
Thank you MR BMF for all your love and Friendship you will be missed but not forgotten!!! 86,400 second's and moving Much Love
Trinidad
Trinidad Roman
June 23, 2013