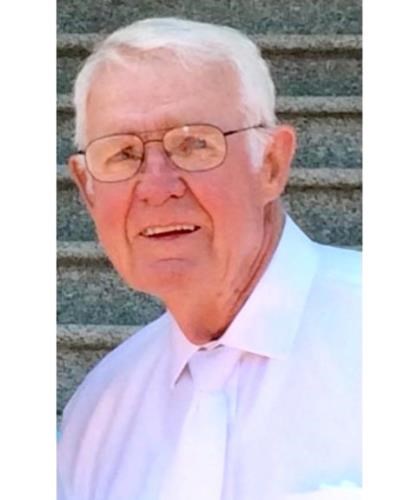 David Arthur Coblentz, 78, husband, father, and grandfather, passed away surrounded by family in his home on May 30, 2021, after an eight-year battle with Parkinson's disease.

David was born on May 31, 1942, in Grand Junction, Colorado, to Clifford Coblentz and Marjorie West Coblentz, the younger brother of Thomas Coblentz. He graduated from C.K. McClatchy High School in Sacramento, California, with his proudest accomplishment in high school of serving in the Civil Air Patrol. Following high school, he served four years in the United States Air Force, serving during the Vietnam War, and two subsequent years in the United States Air Force Reserve. He was a patriot and was proud to have served his country in the armed forces.

David worked tirelessly throughout his life and was self-employed, owning a successful window covering company with Cindy, naming the company after their first initials. His work ethic was instilled in their children who watched him never miss a day of work. His hobbies and true happiness were found in airplanes, and he was able to obtain his private pilot's license later in life, taking his wife and braver children for plane rides with him. He was a man who could fix and build anything, including their second home in Las Vegas. He loved history (especially WWII), museums, old musicals (which he had memorized), piano lessons, his model trains, and working with his hands. He spent as much time as possible in nature and the mountains and was an avid camper until later in life when the appeal of hotels occurred to him. He and Cindy were able to travel the world after retirement, visiting every airplane and train museum he could find. Their greatest trip was to China, which he loved to talk about with anyone that visited him until the very end. His love of desserts was renowned in his family, and his grandchildren knew that he would always be there to finish theirs if needed.

A special thanks is given to Premier Funeral Services, Elevation Hospice, Sara, Brandi, Cheri and Archie, for their love and kindness in caring for David.

He is survived by his wife, Cindy; their children, Jason Coblentz (Patti), Katie Harper (David), Karen Long (Michael), Shane Norris (Lisa), 12 grandchildren, and 3 great grandchildren. He is preceded in death by his parents, brother, and his pets, Fuji, Patches, Teddy Bear, Trouble, Bandit, and Tigger.

A memorial service will be held for his family in the mountains that he loved.

Services will be private.
To plant trees in memory, please visit our Sympathy Store.
Published by Las Vegas Review-Journal on Jun. 9, 2021.
MEMORIAL EVENTS
No memorial events are currently scheduled.
To offer your sympathy during this difficult time, you can now have memorial trees planted in a National Forest in memory of your loved one.
MEMORIES & CONDOLENCES
2 Entries
David was so Special! Bunches of love in this hard time. Dora Herrmann
Dora Herrmann
Other
June 11, 2021
So very sorry for your loss. You are in our hearts, our thoughts and prayers! May the Lord peace be with you! Love, the Scott´s
Scott´s
June 9, 2021