BORN
1916
DIED
2016
FUNERAL HOME
King David Memorial Chapel
2697 E Eldorado Ln
Las Vegas, NV
FRANZ CZEISLER Franz Czeisler, affectionately known as "Senõr Tihany," grand illusionist and founder of Tihany Circus Spectacular, passed away Wednesday, March 2, 2016, nearly at the age of 100. In his lifetime, he along with his wife, Ilona Czeisler, created a circus enterprise that entertained 35 million people over 50 years. He was born June 29, 1916, in Ketegy Haza, Hungary, to Ludwig and Maria Czeisler (nee Deutch) and was a Las Vegas resident since 1985. Franz was preceded in death by his parents who survived the Holocaust; his wife; and his brother, Bela, who died in the Buchenwald Concentration Camp. He is survived by his son, Ludwig (Carmen) Czeisler of Henderson; two grandchildren, Alejandro (Sandra Silva) Czeisler of Las Vegas, and Catherine (Jose) Ortero of Columbus, Ohio; four great-grandchildren, Diego, Monica, Aaron and David; and nephew, Tibor (Mirela) Fridman of Haifa, Israel. Franz was a Holocaust survivor. We was designated as the "International Ambassador of the Arts" by the Hungarian Parliament in May 2015. He received the keys to the Cities of Sao Paulo and Las Vegas, and was named Circus Ambassador of the Fédération Mondiale du Cirque on the occasion of the celebration of his 93rd birthday. He was a lifetime member of the Magic Castle. He presided as head juror at numerous circus festivals, including the Budapest Circus Festival, the International Circus Festival of Monte Carlo, and the Beijing Circus Festival. He was a member of the Circle Hall of Fame in Sarasota, Fla. He received the Señor of Distinction Lifetime Achievement Award. "Our mentor, our friend, your life was a blessing, your memory a treasure."- Siegfried & Roy. Funeral services will be at 10 a.m. Sunday, March 6, at King David Memorial Chapel, 2697 E. Eldorado Lane, Las Vegas, NV 89120. Burial will follow at King David Memorial Cemetery. 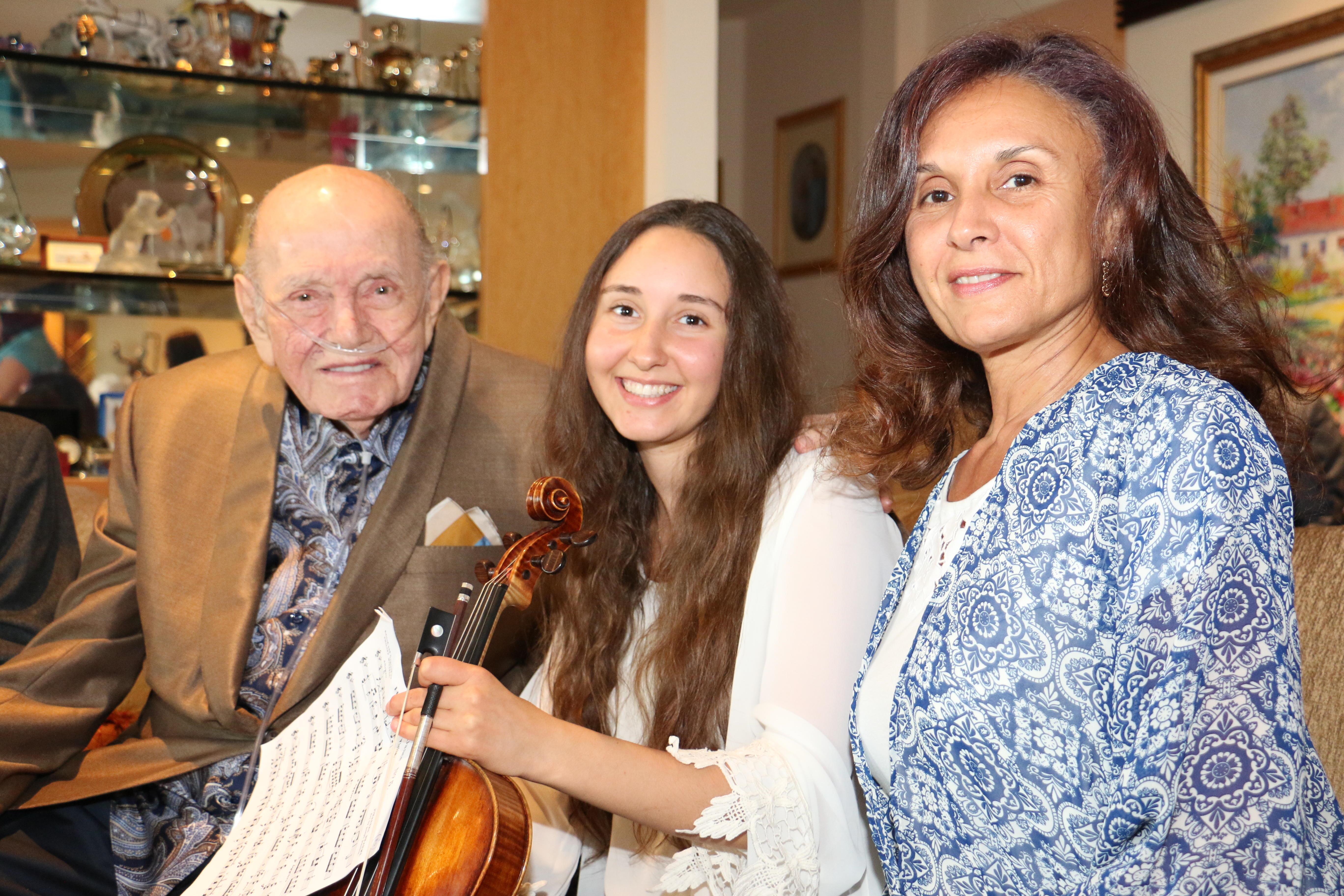 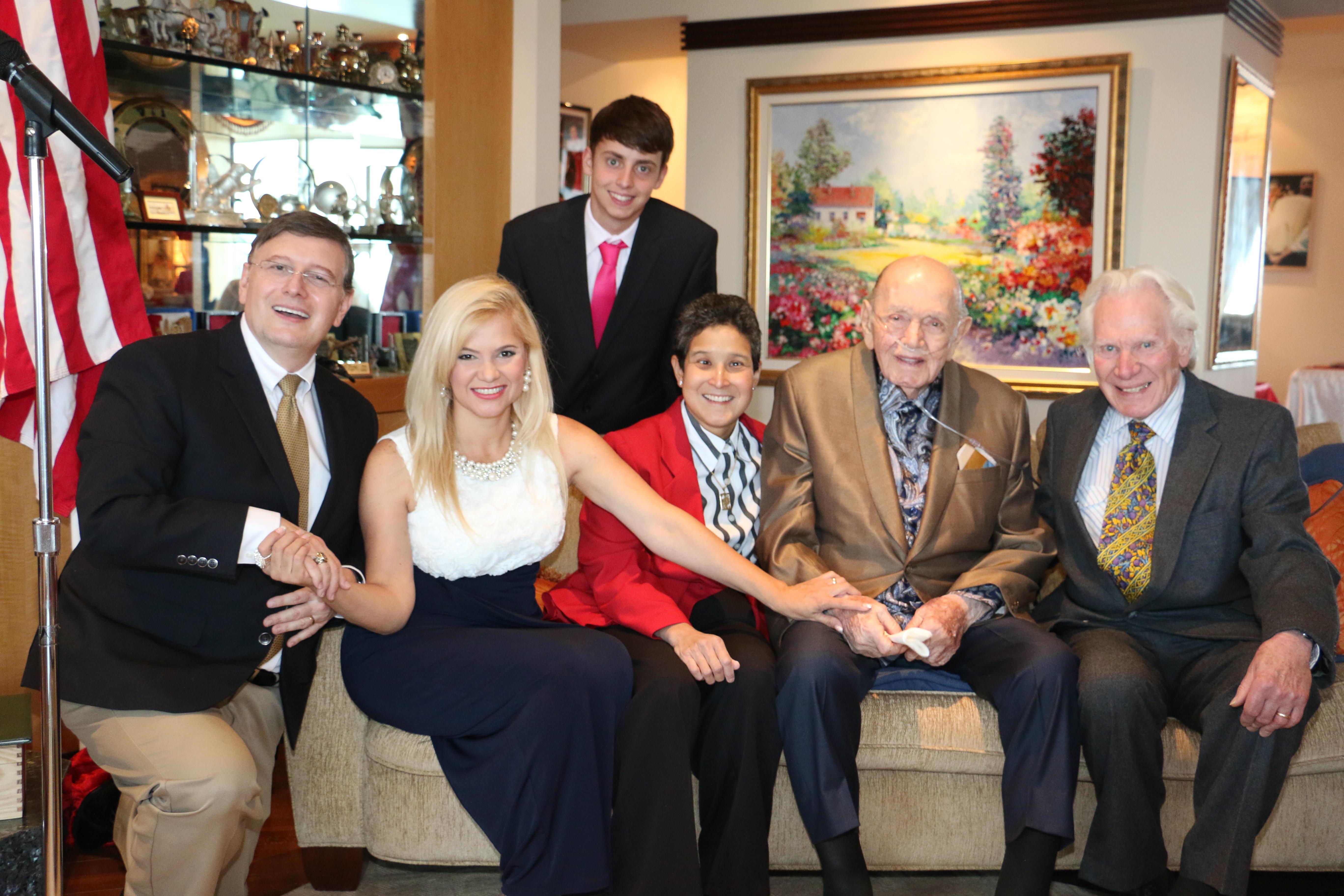 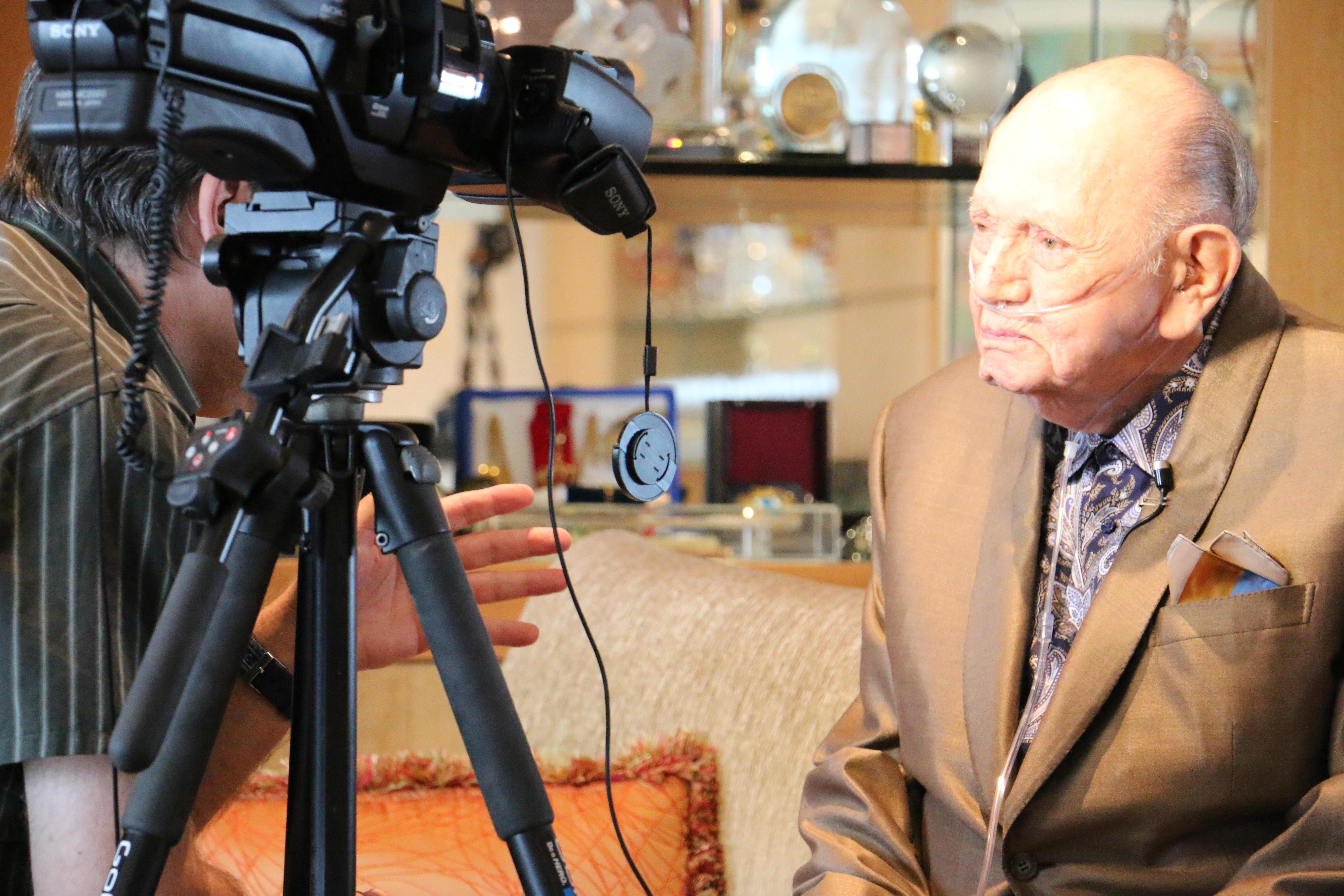 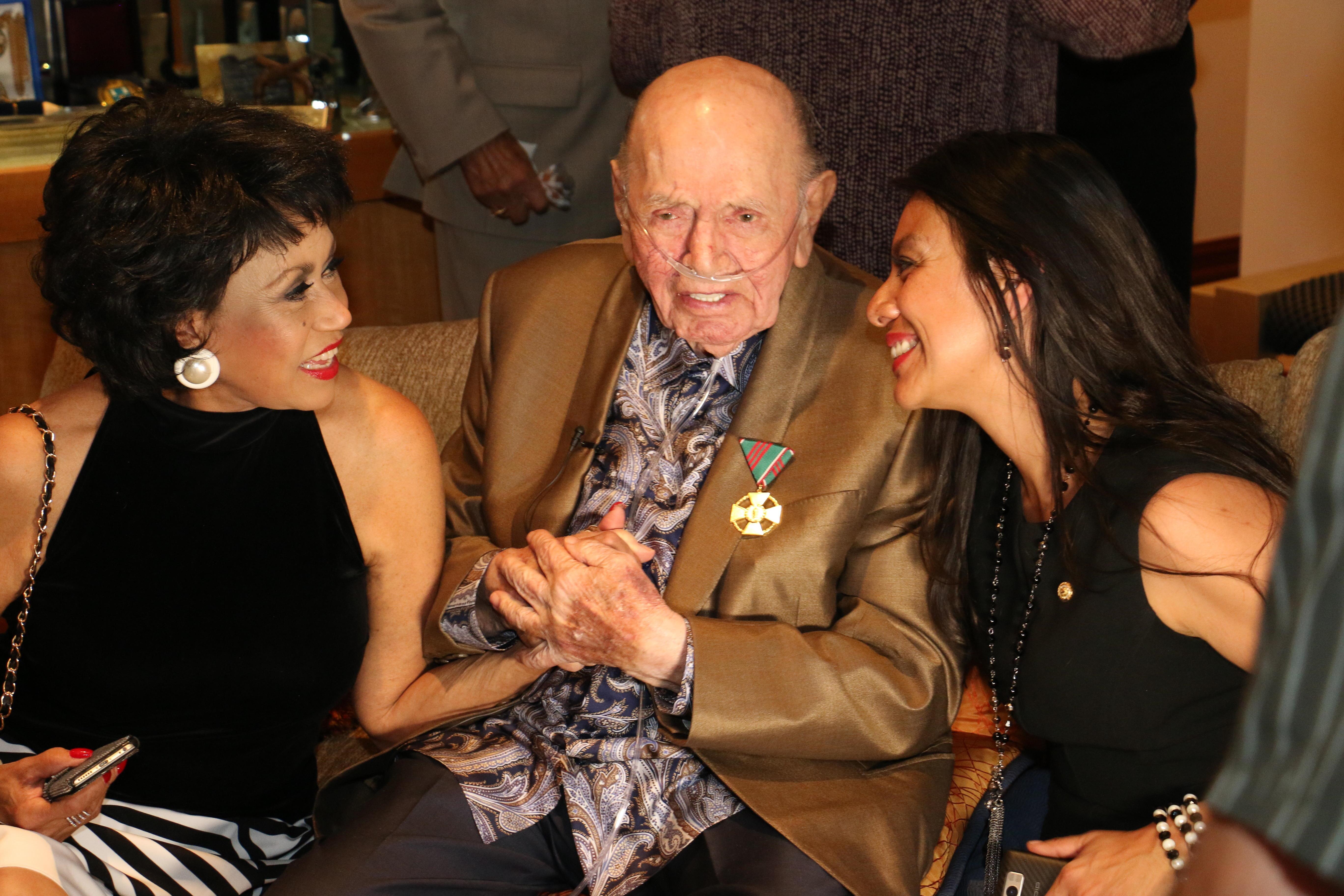 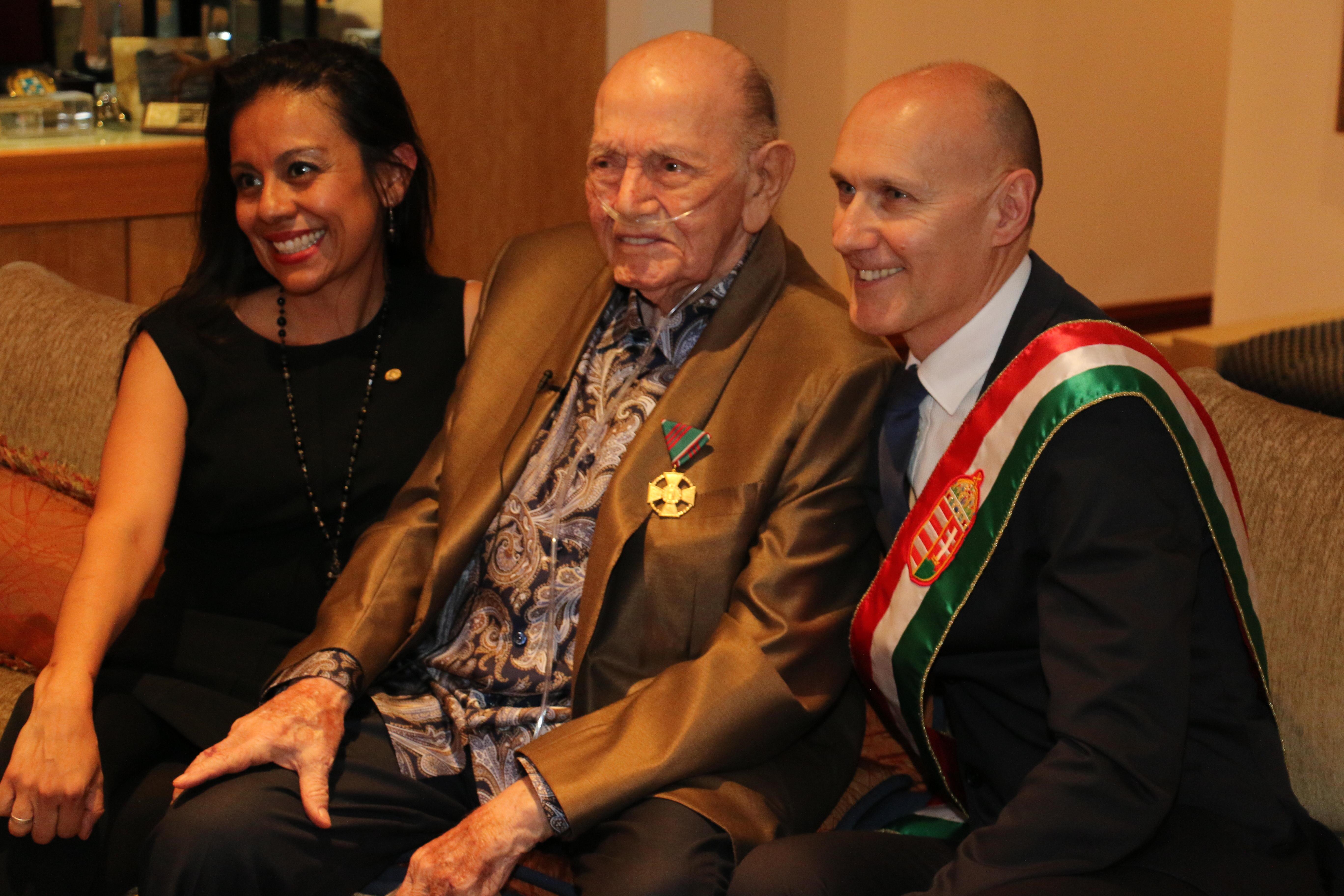 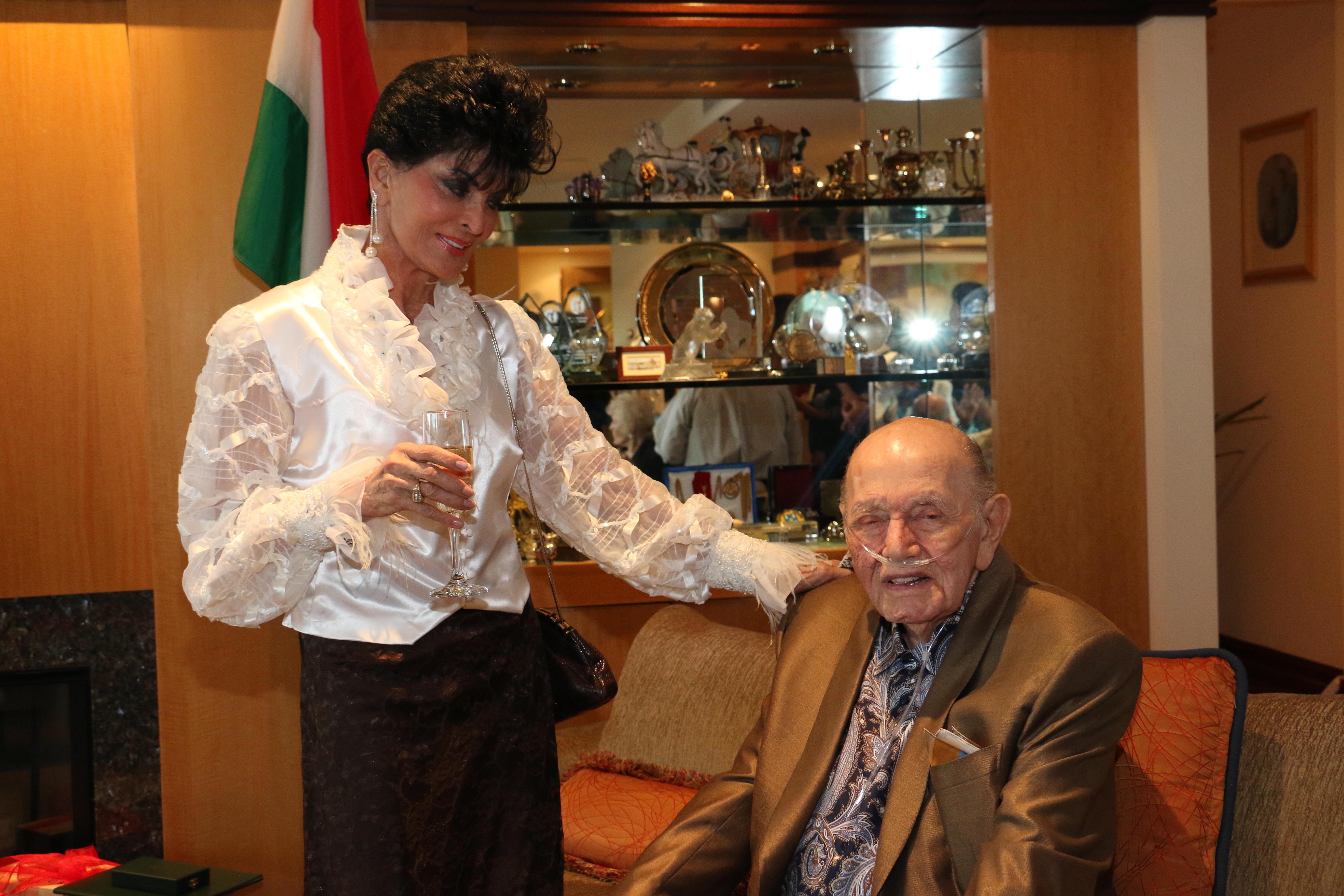 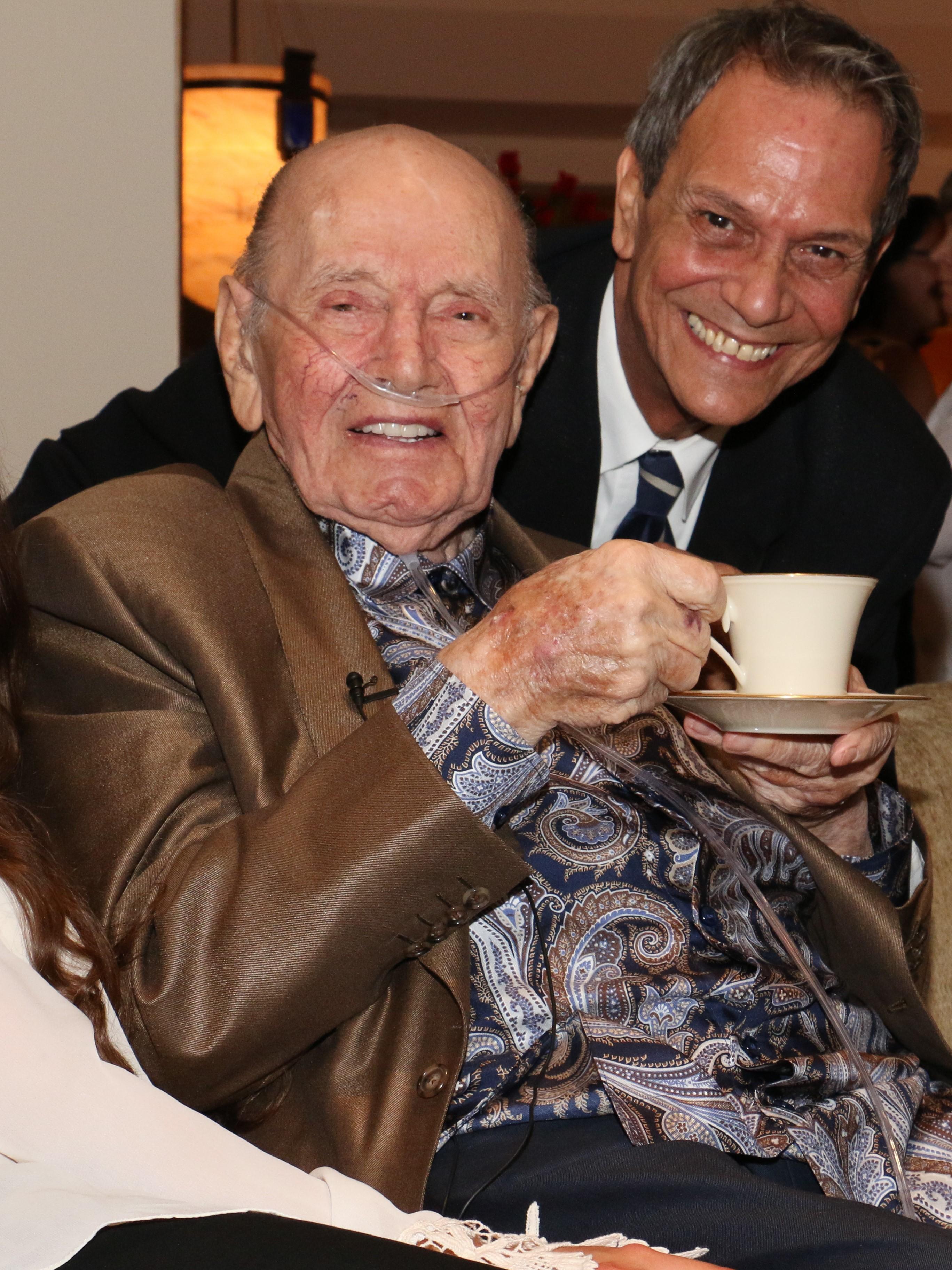 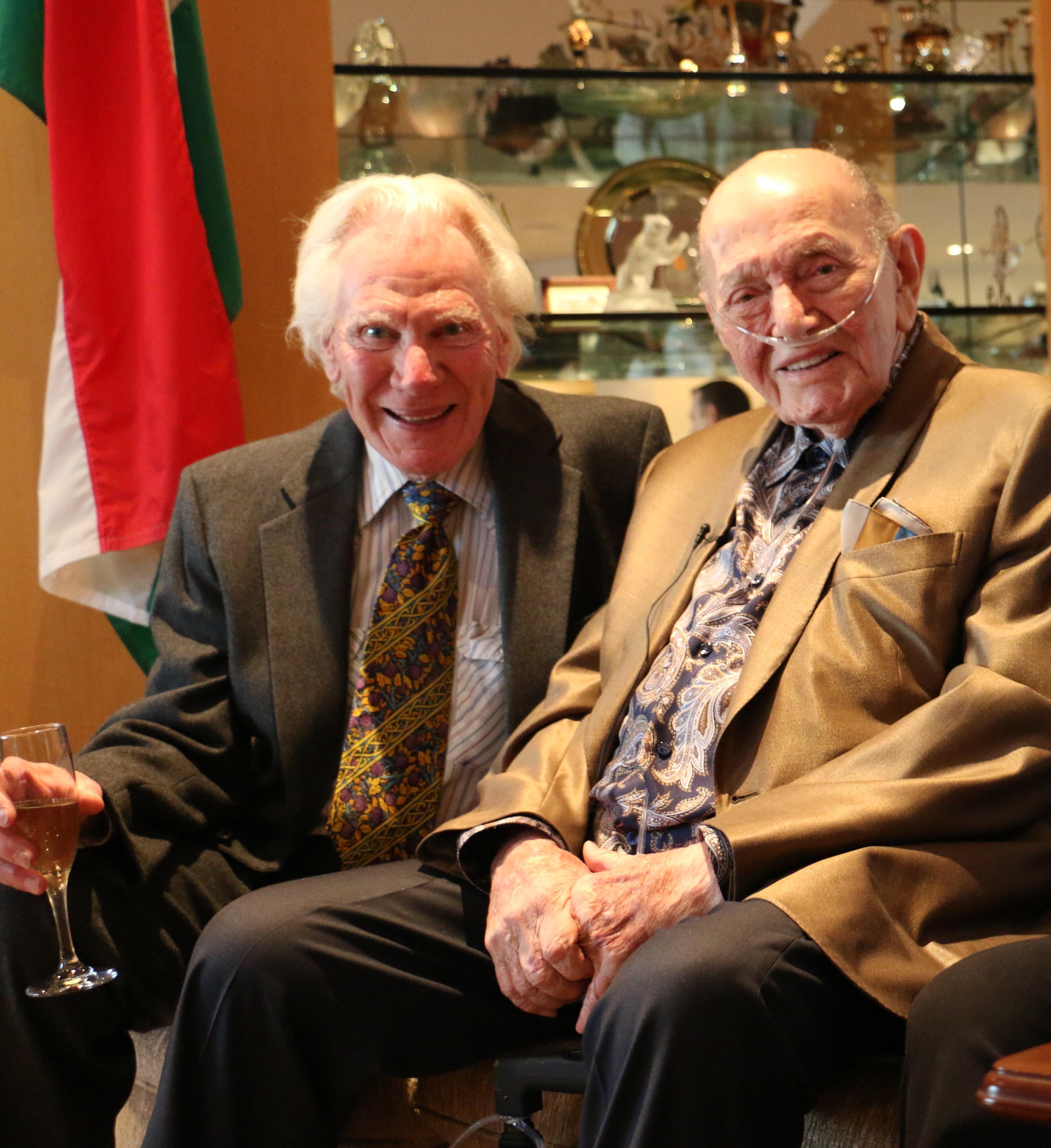 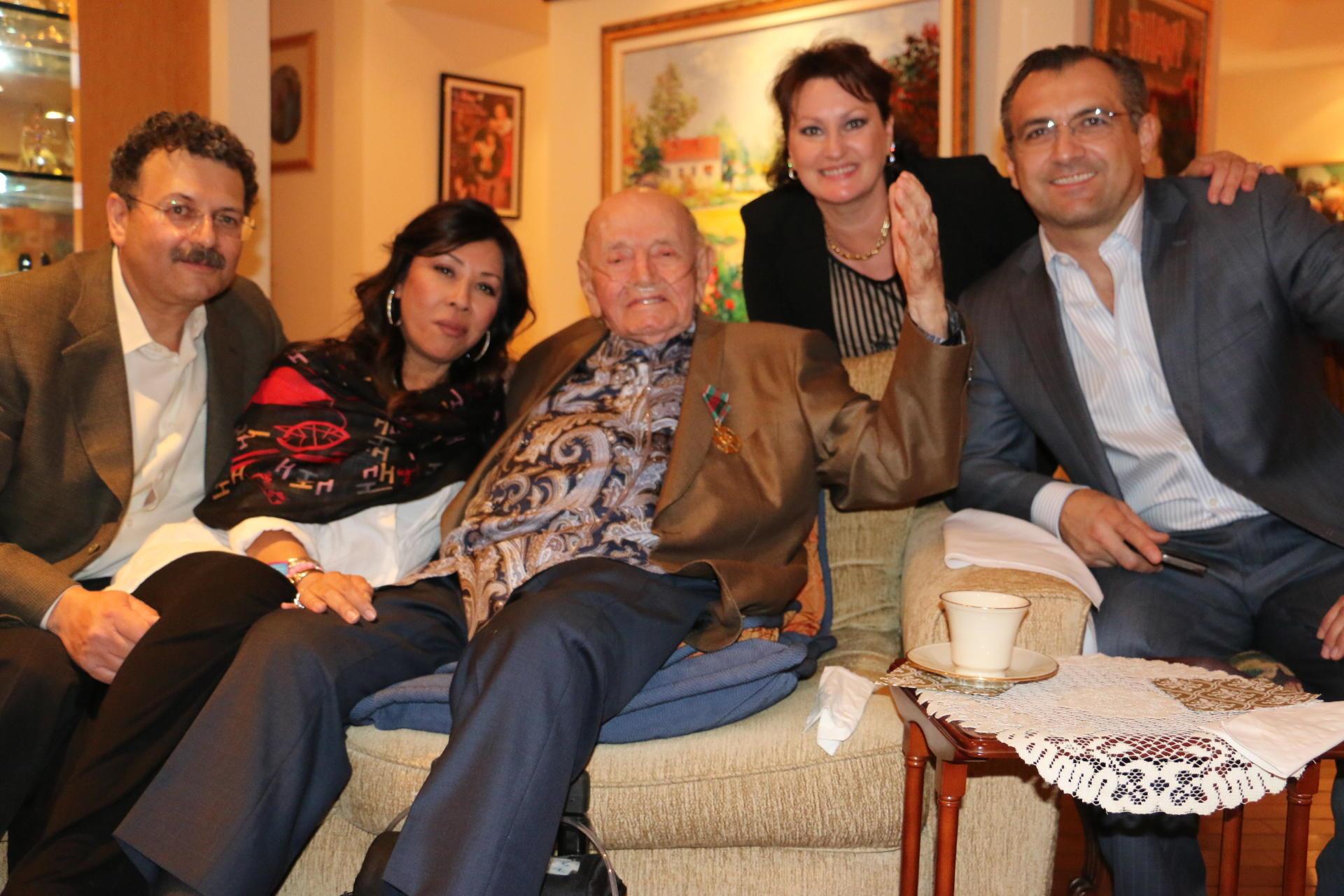 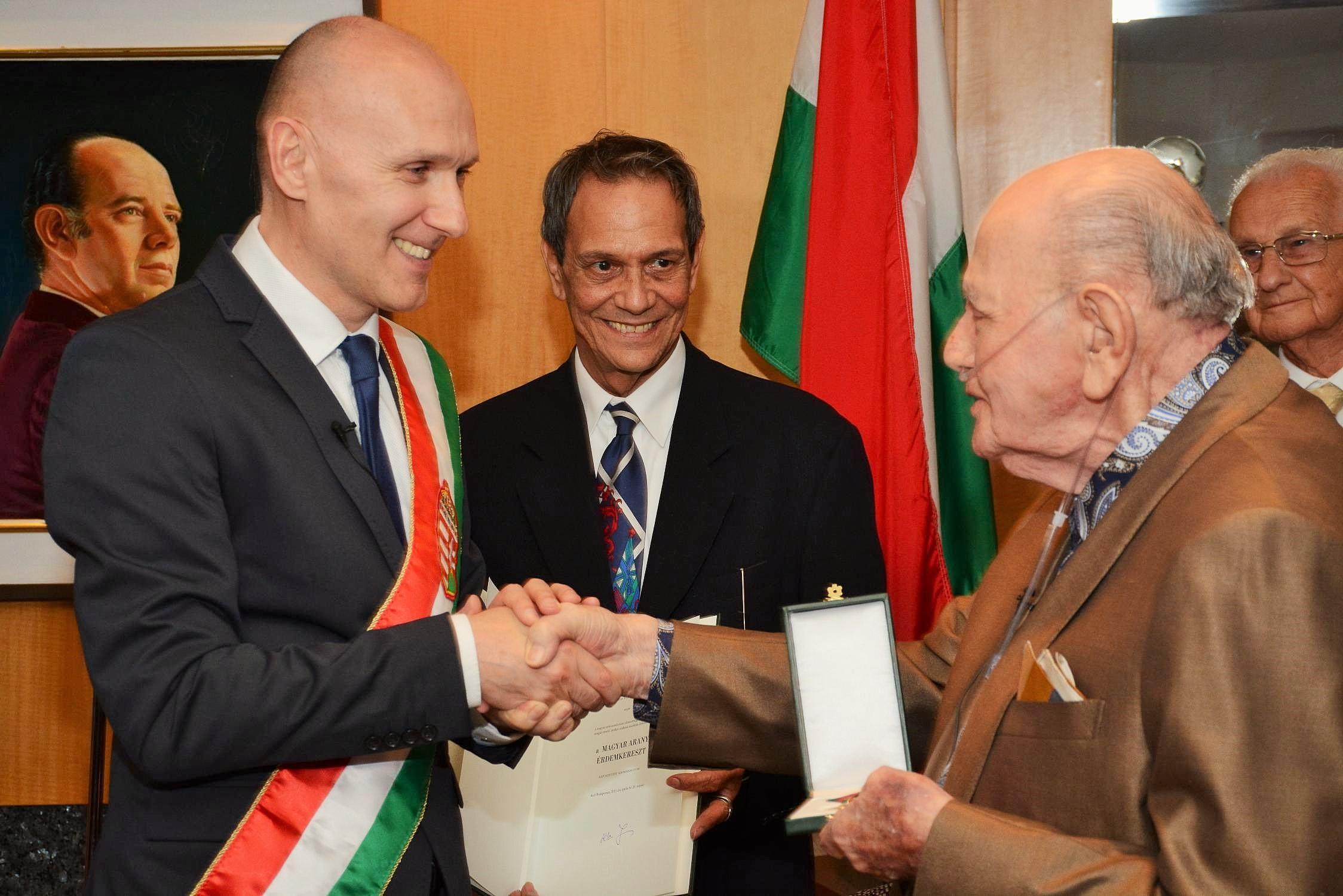 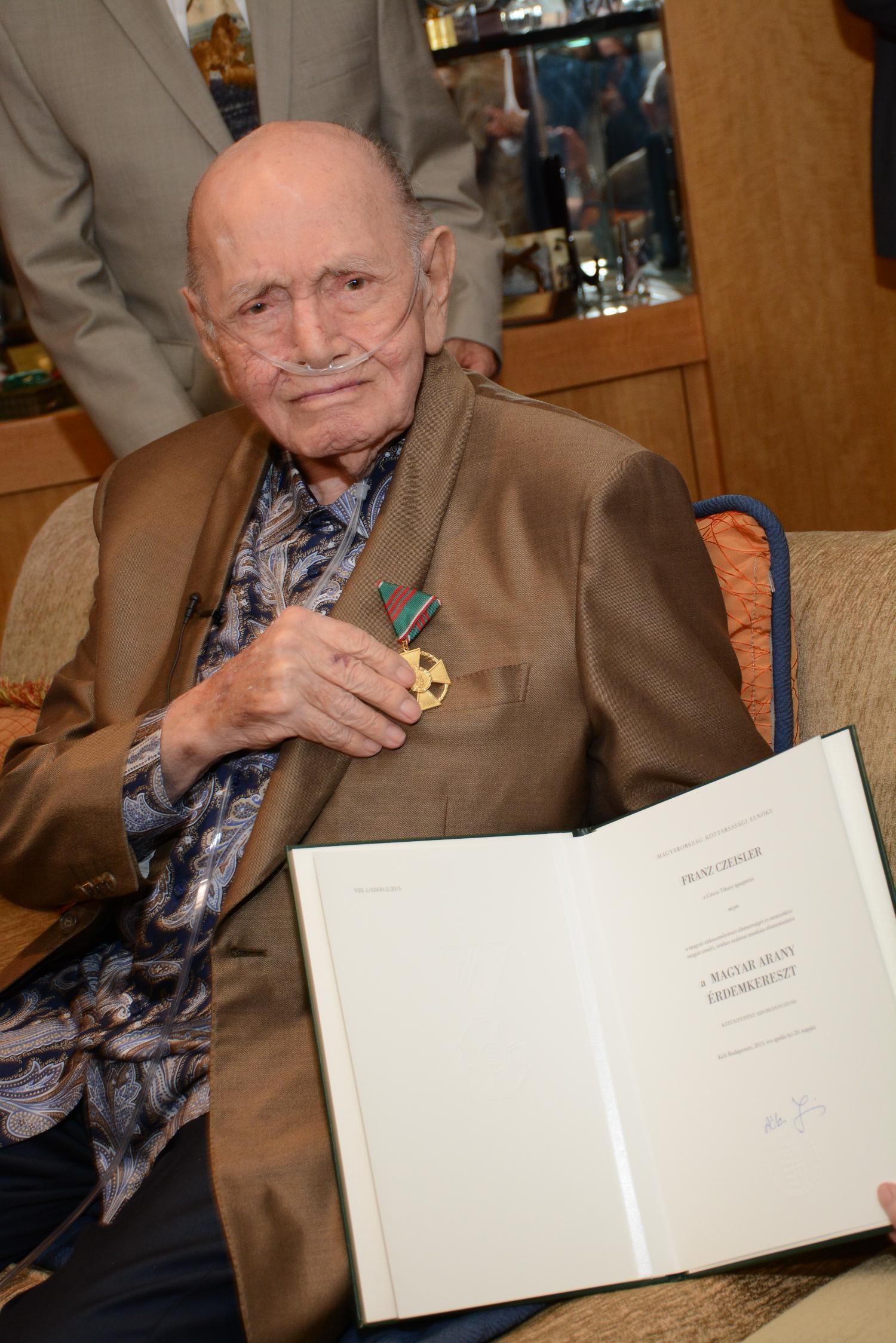 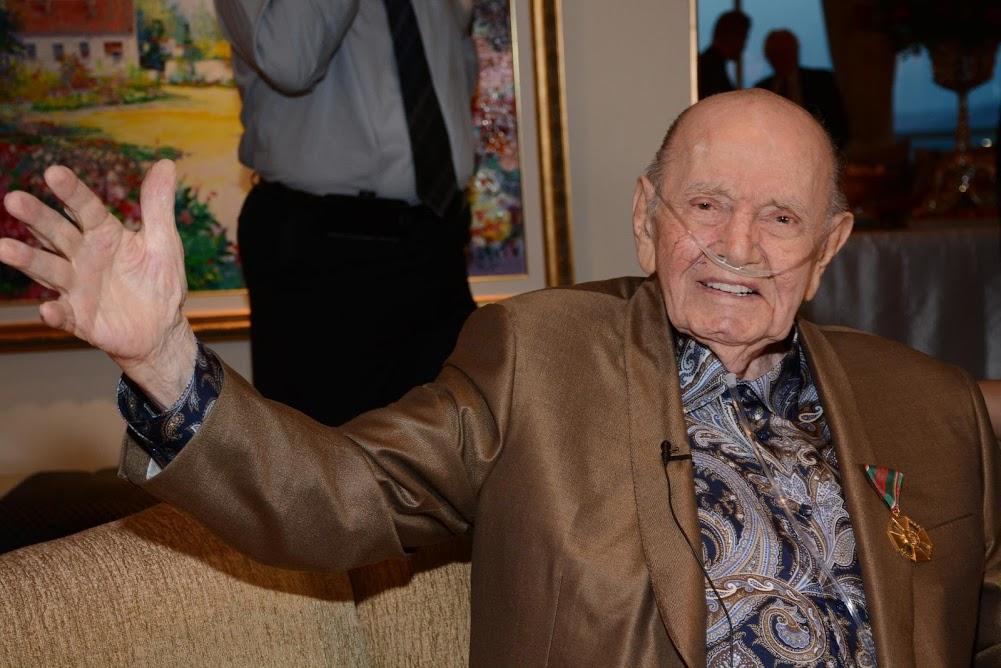 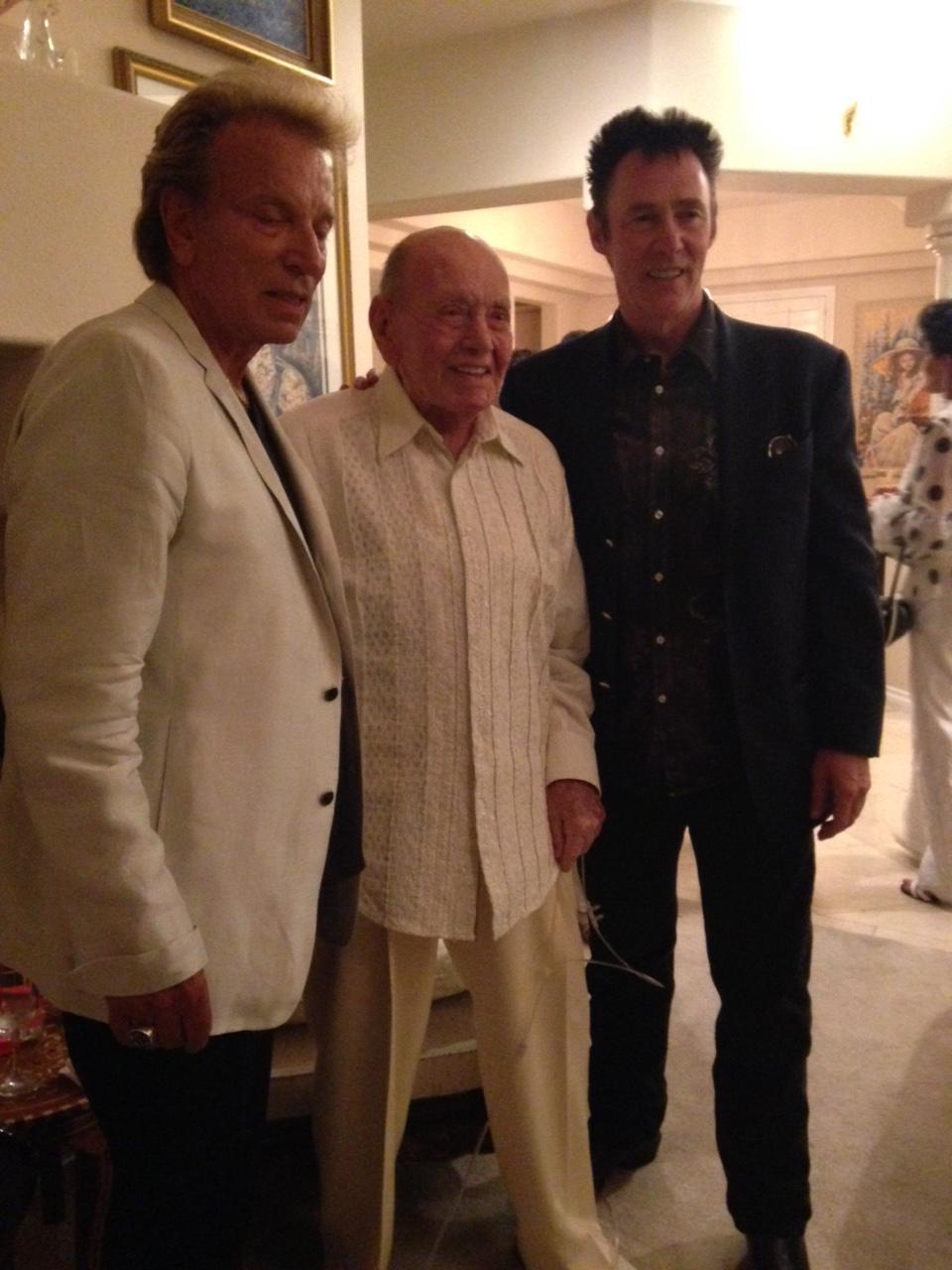 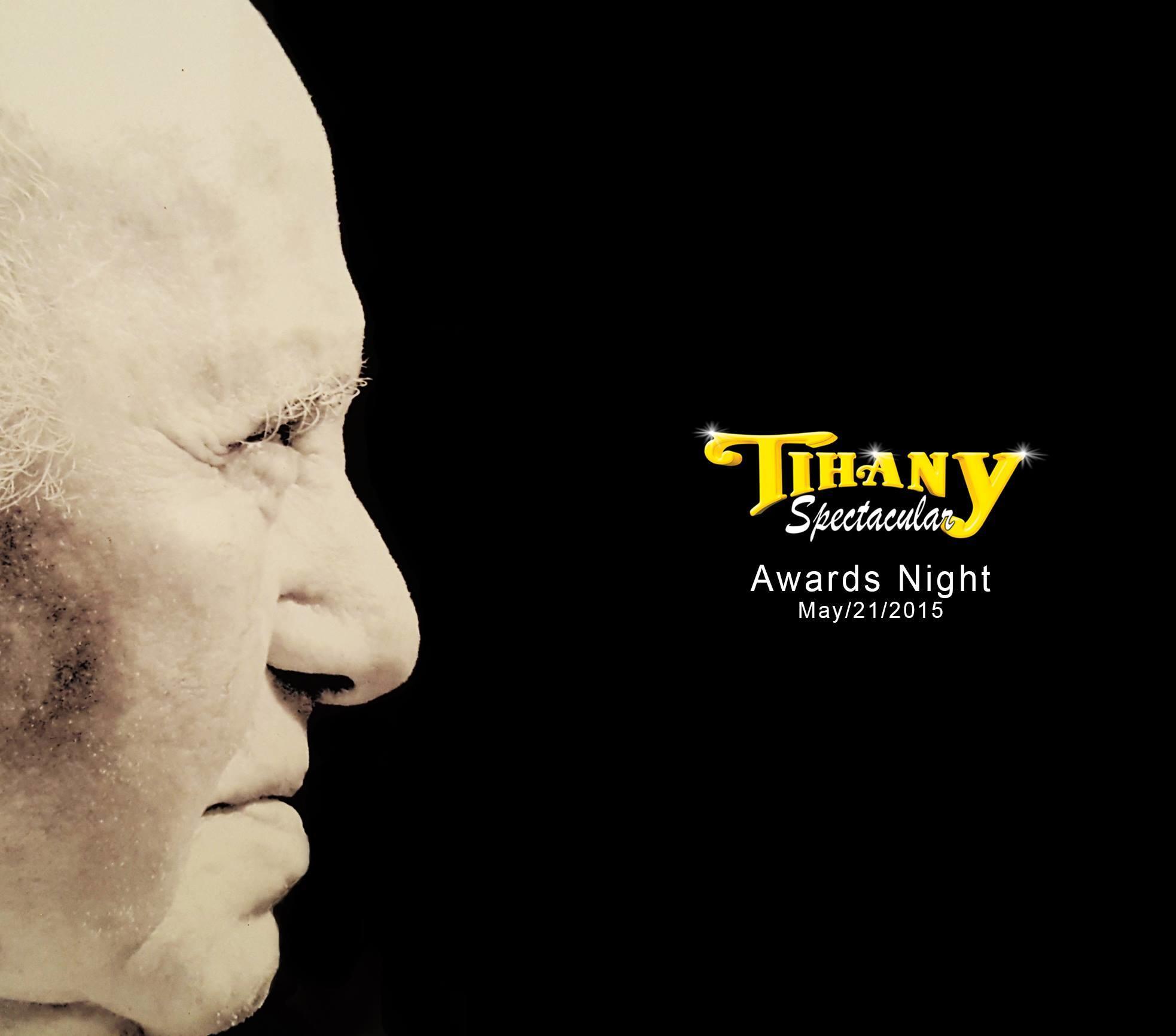 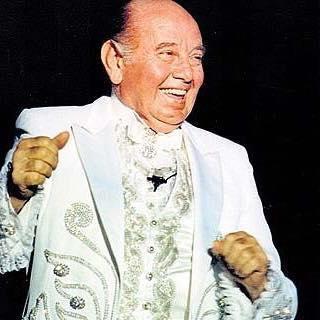 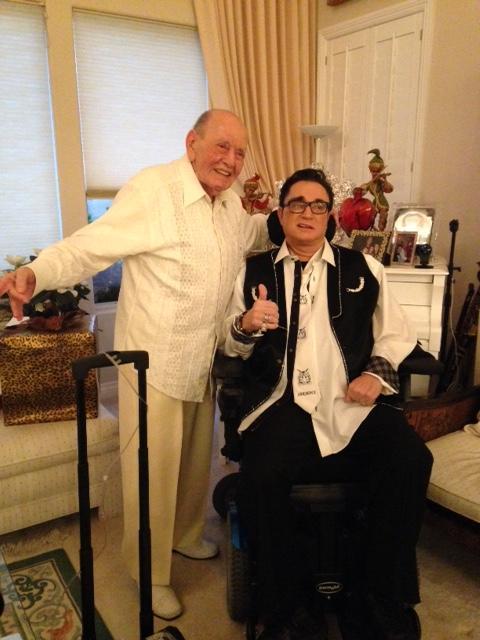 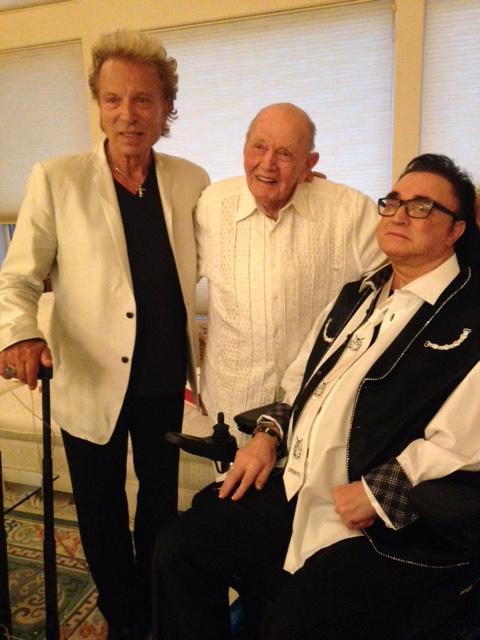 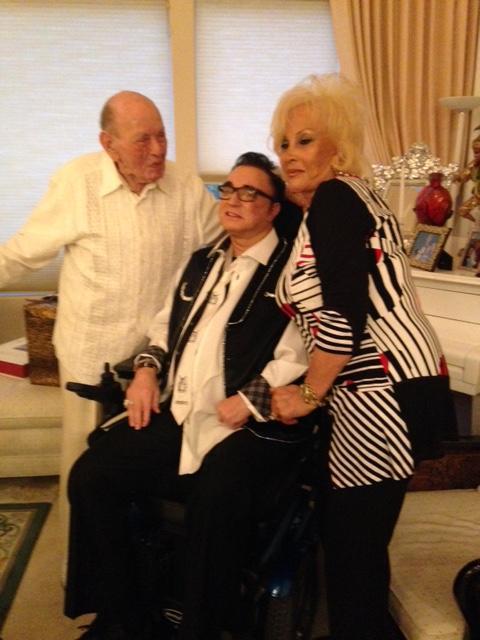 How fortunate we were to share some of your voyage.
Sitting in a café in Luxembourg, you charmed our children with your magic tricks.
Quietly you smiled and said no, you could not show us how it was done or there would be no magic.
You'll be in our hearts forever.
Our thoughts are with those you left behind.

Nadine and family from Paris
Alexandra and family from Luxembourg
Nadine Erasmy
March 13, 2016
In loving memory ♡ Pupa ♡
Brigitte Unger-Zweng
March 12, 2016
It was good to have met you Franz! Scott Kroeger (Cincinnati, Ohio)
Scott Kroeger
March 9, 2016
Fond farewell, my friend. You touched so many hearts in this world, and you will be missed by so many that love you. God bless your beautiful soul. RIP Señor Tihany; rest in Paradise now.
Marilyn Rush
March 9, 2016
The year was 1980. Two lives from different continents were brought together as one, under the roof of Circo Tihany, in Argentina, S.America.
One was an English dancer, and the other was a catcher from The Flying Astons.
An incredible experience that changed our lives forever, from escaping the Malvinas crisis (Falklands war) in 1982, by travelling to Brazil through Uraguay, to the closure of Circo Tihany in 1984 which was such a sad day for everyone involved.
Sr Tihany was such an incredible man, well respected, humble and always there to give a helping hand, whether you were a circus performer or one of the many workmen who worked under his care.
A magical place where friends were made and are still in touch to this day.
Sadly missed, but forever in our treasured memories.
Que vayas con Dios y siempre estas en su Gloria.
Con mucho amor Javier y Annette Gaona
Javier/ Annette Gaona
March 6, 2016
Having enjoyed his friendship, in only these past !5 years of his life, Mr. Tihany always showed such poise & concern for me. His showmanship well be well remembered for many years to come. He is an inspiration to so many of us. Many the many wonderful memories give comfort to his family & many friends throughout the world!
Mike Melssen
March 6, 2016
Thank you for the wonderful gift of entertainment Sr. Tihany. You truly set the standard and will be missed . Shalom ~
David Morehead
March 6, 2016
Thank you, Senor Tihany, for all that you have done to uplift the hearts and spirits of all who you have entertained, employed, and befriended for over 75 years! You will be missed but always remembered.
Louis Schneidman
March 5, 2016
Mr. Tihany, a life example. Sadly never got to know him personally, but I knew him through people who worked with him, admiring his career and courage. Loved to hear every story about being the most human and lovely boss there could be.Also one of the greatest magicians the world could see. I always look at his life as a big inspiration for me, to work and love magic the way he did.From Santa Cruz de la Sierra, Bolivia, with a lot of love and respect I shout: Salve Tihany,el "Spectacular"
Italo Badani
March 5, 2016 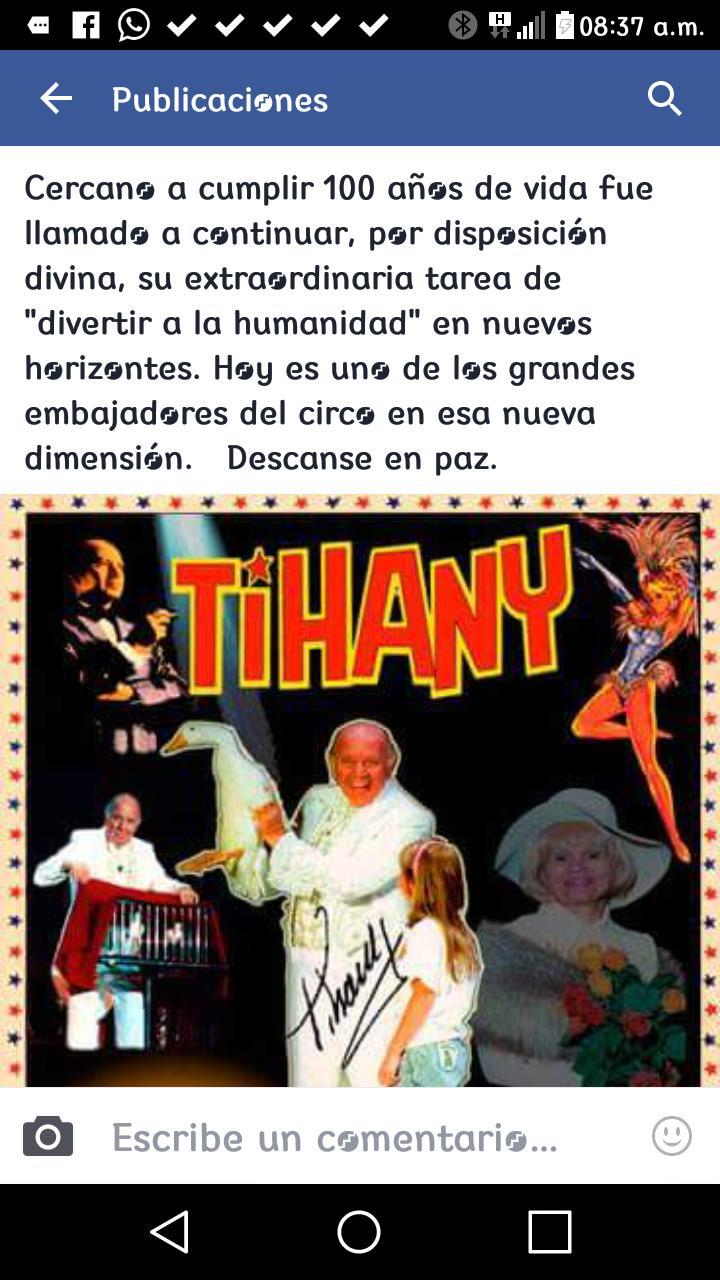 Kruschev Ziccolonee FUENTES SANCHEZ MEXICO
March 5, 2016
I had written a message earlier and for some reason my name was not included. I had met Mr. Tihany at friends home in Henderson one fourth of July. He was a delight...so interesting and I felt very lucky to have spent some time with him. Ellen Emerson
Ellen Emerson
March 4, 2016
Ellen Emerson
March 4, 2016
I met Mr. Tihany one Fourth of July evening at friends home in Henderson. He was a delightful man and I was so happy I had the chance to enjoy his company that evening. He had the most interesting life!
March 4, 2016
"Dedushka Tihany" you will always have a special place in our hearts!!! - Grigoriy, Taras, Nadiya, and Vitaliy
Nadiya & Vitaliy Frolov, Taras & Grigoriy Shevchenko
March 4, 2016
The Great Tihany, one of the nice guys of show business. A monumental presence to be sadly missed.
Dick Franco
Dick Franco
March 4, 2016
Mi cariñoso y afectuoso saludo a la familia del SEÑOR TIHANY, un admirador de su trabajo y talento, gracias por toda esa MAGIA que creo y nos regalo.
Jose Antonio Huerta
March 4, 2016
Mi cariñoso y afectuoso saludo desde chile, a la familia del señor TIHANY, de un admirador y seguidor de su trabajo, agradecido por toda la Magia que creo y nos regalo.
Jose Antonio Huerta
March 4, 2016
We have had our our hearts blessed by his compassion and generosity. We will cherish out times shared forever. God Bless & Keep you Tihany.
Robert & Deborah Holgate
Robert Holgate
March 4, 2016
FRANZ CZEISLER / TIHANY
A WONDERFUL FRIEND LOVED HIS FAMILY AND FRIENDS FANTASTIC PERSON AND SHOWMAN
LOVED CIRCUS WILL BE MISSED BY MANY FRIENDS
MAY WONDERFUL TIMES TOGETHER ONE OF A KIND PERSON
DANTE M MAROTTO
March 4, 2016
"Gratitude Is The Memory Of The Heart"
God bless your soul Franz!
My deepest feelings for the family.
Ula Becker, former Hiller Ballett, since November 1966 (Panama)
Ula Becker
March 4, 2016 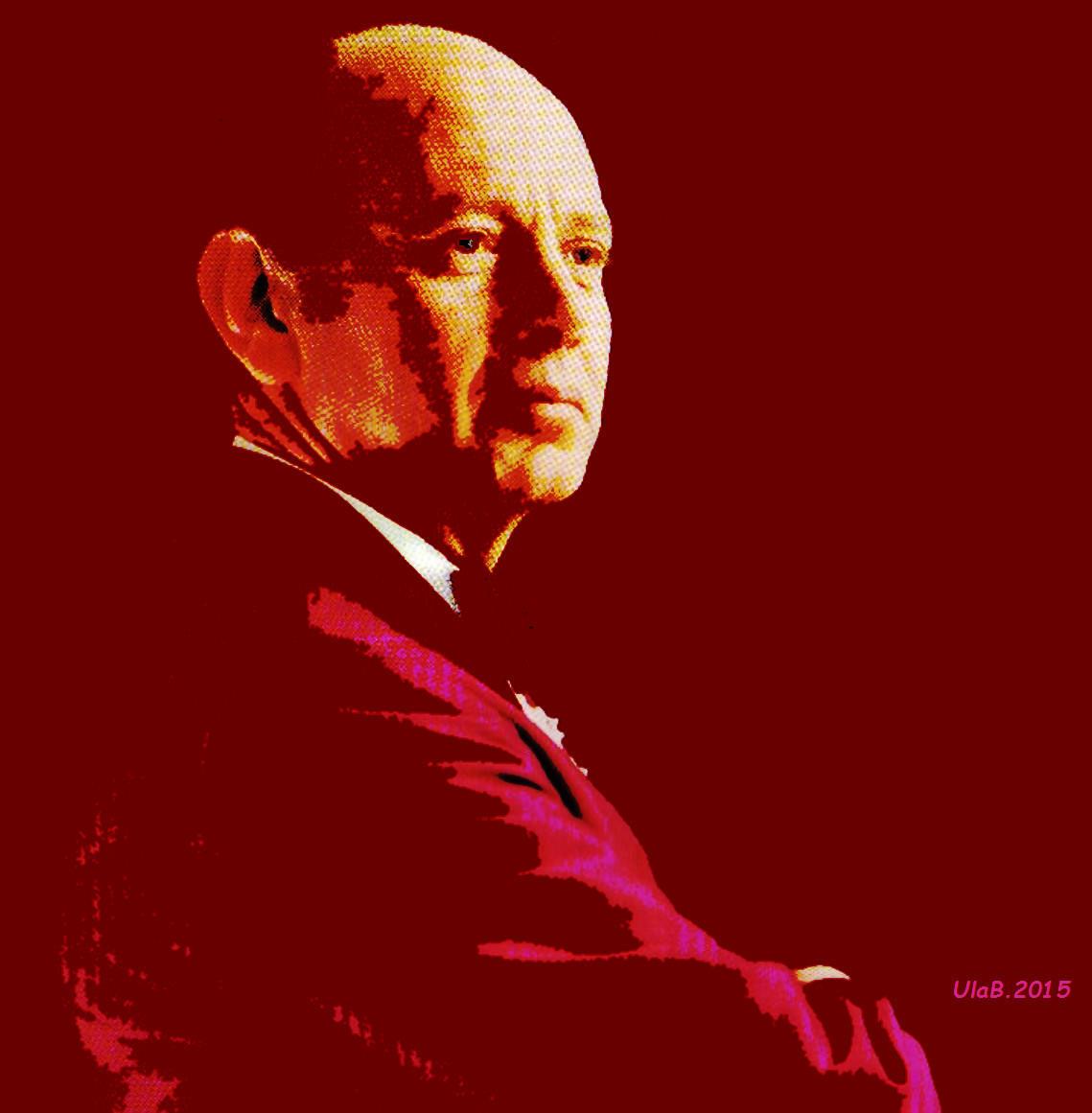