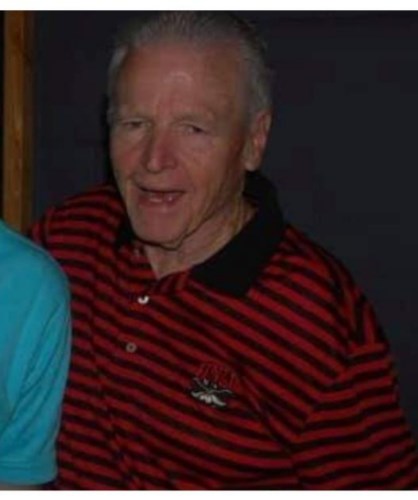 Ray Goldsworthy was born in Butte, MT on February 21, 1941. After graduating from Butte High School, he joined the US Army where he worked in military hospitals as an X-Ray Tech from 1961 to 1963. Ray then attended Western Montana University. He earned his Bachelor of Science degree, and then his Masters of Science in Education degree in 1969.

Ray departed Montana and headed to Las Vegas at the ripe ol' age of 32. He spent his next 36 years as a professor, joining a fledgling UNLV X-Ray Department. Ray invested his heart, growing and developing a prominent X-Ray department at UNLV. And in fact, he did the exact same thing to over 1,000 students and future X-Ray Technologists.

Ray is still held in high regard at UNLV. Among his numerous accolades, he was recognized as Outstanding Teacher of the Year, Program Director, and served on the Faculty Senate. Upon retirement in 2009, Ray received the prestigious honor of Professor Emeritus. Former students refer to Ray as caring, compassionate, a mentor, a friend, and even "the Godfather of UNLV Radiography". Most fittingly, he is called a helper. Simply put, Ray cared!

Ray passed away on December 23, 2020, at age 79. He made it through the pearly gates and is dancing on streets of gold. He went on ahead of Florance, his wonderful wife. He is survived also by his sister Carol, four kids, many nieces, nephews, and grandkids, along with a multitude of X-Ray Techs.

You can take the man off this earth, but his impact remains. Ray cared.

Services will be private.
To plant trees in memory, please visit our Sympathy Store.
Published by Las Vegas Review-Journal on Jan. 11, 2021.
MEMORIAL EVENTS
No memorial events are currently scheduled.
To offer your sympathy during this difficult time, you can now have memorial trees planted in a National Forest in memory of your loved one.
GUEST BOOK
1 Entry
So sorry to hear about Mr. Goldsworthy. It's been a lot of years since I was in the UNLV Radiologic Technology program, but could never forget him. He was a good and compassionate instructor for all of us techs. Thanks for all the education!
Darlene Corkill
January 20, 2021