RAY MANTLE Ray Mantle, 77, of Las Vegas, passed away March 3, 2013, after a courageous battle with cancer, with loved ones at his side. He was born Feb. 22, 1936, in Cardin, Okla., and was veteran of the U.S. Army. Ray was the brother of the late New York Yankees center fielder, Mickey Mantle. After attending NEOA&M College, he was signed by the New York Yankees baseball club, but ended his baseball career when he was drafted by the U.S. Army. He moved to Las Vegas in 1970 to join his brother, Roy, in the casino industry, which he worked until he retired. Ray loved to play golf and the shiftwork at the casinos allowed him to enjoy his passion. He is survived by his wife, Nancy; son, Robert and his wife, Kim; and grandsons, Marlon and Mason, all of Las Vegas; sister, Barbara of Del City, Okla.; and brother, Butch of Lawton, Okla. Services will be private.

To plant trees in memory, please visit our Sympathy Store.
Published by Las Vegas Review-Journal from Mar. 7 to Mar. 9, 2013.
MEMORIAL EVENTS
No memorial events are currently scheduled.
To offer your sympathy during this difficult time, you can now have memorial trees planted in a National Forest in memory of your loved one.
GUEST BOOK
9 Entries
My thoughts are with you this very difficult time. Worked with Ray for many years and went along on golf trips w/my friend Bullet. Always a gentleman & a friend. Many, many memories will be with me all my life. Nancy, you were a very lucky woman to have him as a companion all these years. He will be missed. Hugs to all the family. Jackie~
Jackie Walmer
March 17, 2013
I am so sorry for your loss.I know that my husband Bill will be glad to have him play golf with him and many in their group now in heaven. May the good memories bring you and yours consolation.
Niki Howard
March 11, 2013
Nancy, our thoughts and prayers are with you and your family. Take good care of each other and hold Ray's memories close to your heart.
Jerry & Pam Brodine
Jerry Brodine
March 10, 2013
Our thoughts and prayers go out to you. Enjoyed working with both Ray and Roy at the Dunes.
Bill Baker and Family
William Baker
March 8, 2013
I worked with Ray at Circus for many years. He was a good man and a great boss. My deepest codolences to his family.
Dee Baker
March 8, 2013
Our thoughts and prayers to Nancy, Robert, Kim, Marlon, and Mason. A great friend for over 60 years. Thanks for sharing Ray with us.
Les ( Tinker ) and Joyce Miller
March 8, 2013
Our thoughts and prayers to Nancy, Robert, Kim, Marlon, & Mason.A great friend for over 60 years. Thanks for sharing Ray with us
Les ( Tinker ) & Joyce Miller
March 8, 2013
Rob, Kim, Marlon and Mason: Our deepest condolences and so sorry for your loss. Our prayers are with you. Hedden family
March 8, 2013 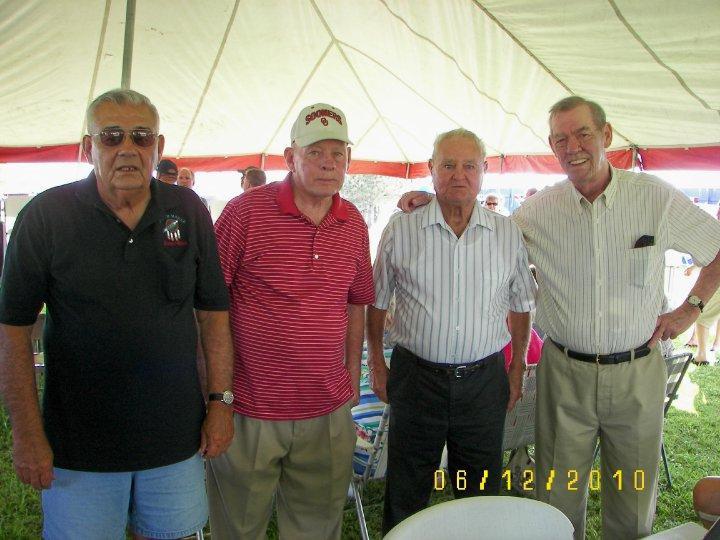