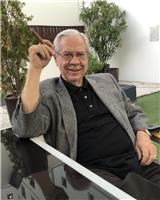 BORN
October 4, 1939
DIED
December 13, 2020
We are saddened to announce to family, friends, and those lucky enough to have crossed paths with him, that Robert ""Bob"" Ernest Gaston passed away on December 13, 2020.

Though he is no longer with us, we are grateful to have a lifetime filled with wonderful memories of him. On his 81st birthday, he was asked what was next on his bucket list. He replied, "absolutely nothing. I've done everything I've ever wanted to do in my life!" Bob truly took advantage of every moment, and that's one of the many reasons he is loved and admired by so many!

Bob was born on October 4,1939, in California, to Paul and Katherine Gaston.

He excelled at school, which is no surprise looking at his incredible work as an educational leader in Las Vegas! He graduated from Hayward High School in California in 1957. He ran track, played football, and wrestled during his four year tenure! He was selected to the California All-State football team, and quarterbacked them to the championship!

He then went to Baylor University in Texas, where he earned his Bachelor's Degree in Education on an athletic scholarship! Those who knew Bob, knew his love for education, teaching, and mentoring children. Hence, his move to San Diego where he began his educational career! While teaching, he earned his Master's Degree in School Administration! Nothing was ever too much for Bob to handle!

After earning his Master's, Bob decided to roll the dice on Vegas in the late 60's! He continued his teaching tenure, starting at Lewis E. Rowe Elementary school, then became the Assistant Principal of Wasden Elementary School, and on to becoming the Principal of Mabel Hoggard Elementary School. His passion to make a difference in the lives of children, was his life's work.

In 1978 he earned his Doctorate in Education at UNLV, and boy did he love his Runnin' Rebels! He was always a proud supporter and season ticket holder of the basketball team, football team, and theater group.

In 1979, he was accepted to the California Western School of Law. Upon graduation, he returned to Las Vegas to begin his law practice! In 1987 and 1989 he was proudly elected to the Nevada State Assembly and would later go on to be elected Judge in the family court serving from 1992-2004.

In 2005, Bob opened a successful practice as a mediator, in recent years working closely with the Nevada Supreme Court.

Bob was an exemplary man. He had a kind heart, an adventurous spirit, with humor and wit like no other! He had a multitude of interests that made him such an intriguing man! He was a painter, potter, writer, musician, singer, choir director, actor, scout leader, wrestling referee, church leader, scuba diver, theater goer, private pilot, and a travel enthusiast!

With all of the amazing things he has to be proud of, his biggest joy was his children that he loved and adored.

Family left to honor his memory are his children Debbie, Lauri, Windi, and Bryan, his loving wife Laurel, and his step children, Tiffany and Thomas. He has 13 Grandchildren and 14 Great-Grandchildren that will forever hold special memories of him. One of the recent joys in Bob's life were his dogs, Romeo and Woody.

Due to the pandemic, we are unable to hold a memorial service at this time. If you would like to be notified when services will be held, please send your contact information to [email protected]. 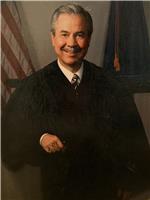 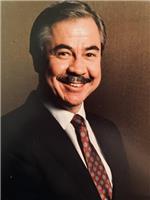 To plant trees in memory, please visit our Sympathy Store.
Published by Las Vegas Review-Journal from Dec. 21 to Dec. 22, 2020.
MEMORIAL EVENTS
No memorial events are currently scheduled.
To offer your sympathy during this difficult time, you can now have memorial trees planted in a National Forest in memory of your loved one.
GUEST BOOK
6 Entries
I met Bob at Redwood Chapel where his father was pastor. We became good friends as young men. In 1959 he asked me to be in his wedding and I could not as I was getting married at the same time. I last saw him at the Redwood Chapel 50th Anniversary in Castro Valley. Great memories of Bob in our early years! God bless him for his faithful life.
Galen Temple
December 31, 2020
Bob Gaston was principal at Mabel Hoggard when I began teaching in 1973. I did not know how to peal the kids off the sealing and told him I didn't think I was up to this teaching stuff. His answer to me, which I have never forgotten, "Sylvia, You have to do this because I hired you!" I lived through that first year and went on to love teaching, loved being inspired by the challenge, and basked in the glorious satisfaction of changing lives!
Sylvia J. Mills
December 30, 2020
So sorry to hear the sad news. I remember Bob from my husbands days in the Nevada Legislature. Besides everything else, Bob was a really nice guy. Las Vegas will miss him.
Kim Sedway
December 28, 2020
I was saddened to learn of Bobby's passing. I first met Bobby when he arrived in Castro Valley, Ca as his father was our new minister at Redwood Chapel. My brother and I introduced wrestling to Bobby and he ended up a high school wrestling champion. I haven't seen Bobby for over 50 years but looked him up on Google, only to find that he passed away. RIP Bobby.
Lynn Dyche
December 28, 2020
I always fondly remembered Mr. Gaston from West Charleston Elementary and recalled being in the same grade as his daughter Debbie. A few years back, I was called to jury duty. Mr. Gaston was, I thought, the guide who lead us to the jury room. He pleasantly explained the process along the way. I told him my memory of him as a kid. Much to my surprise and his amusement, when we arrived at the courtroom, he walked behind the bench, put on his robe and sat down! He did disclose our conversation to the legal teams! Whenever anyone tells me they´re called to jury duty, I share this story. I´m still tickled by it! My sincere condolences
Michelle
December 24, 2020
I never met Bob, nor as far as I can recall, even heard of him until a fellow CWSL alum posted the link to this obit on the CWSL Alumni Facebook page. However, having read the obit, I have to say-- it sounds like Bob was an amazing man, having accomplished much more in life than most of us even dream of accomplishing. And obviously, he was muched loved by his family & friends. The world definitely needs more people like Bob. Like I said, I never met him, but still, I feel as though I'm going to miss him. My condolences to Bob's family, friends & other loved ones.
Timothy McGivern Cal. Western Sch. of Law, 1990
December 23, 2020